I’m not completely in love with these two Love-Inspired books.

The Bachelor’s Sweetheart by Jean C. Gordon and Every Kind of Heaven by Jillian Hart are two books published under the Love Inspired name. These books are inspirational Christian romances that comprised of contemporary, suspense, and historical fiction books. These two books fit under the contemporary category.

My sister and my grandma love Love-Inspired books, especially the books in the various contemporary series. A few year ago, I read one or two of the suspense books and maybe one of the contemporaries. Although I enjoyed the Christian premise of these books, I never devoured the books like my sister and grandmother did. There’s A LOT of books published under this name (my grandma has boxes of these books!) and recently I decided to pick up a couple to read. Here are my thoughts: 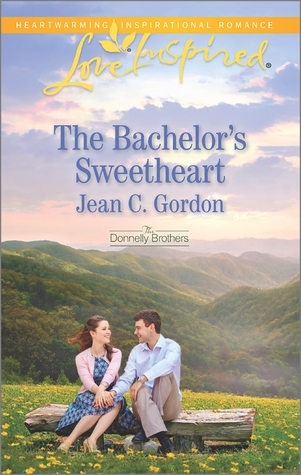 The Bachelor’s Sweetheart by Jean C. Gordon follows Tessa, a recovering alcoholic determined to fix up the local movie theater with her male best friend. Josh Donnelly is known for to things: his player status and former alcoholic father. When he starts developing feelings for Tessa, both his player reputation and stance towards alcoholics are threatened.

Diving back into these books, I probably shouldn’t have started with this one. Even my sister, who adores Love Inspired books, didn’t end up finishing this one. I think my main problem with this book was too many ideas and people were thrown around. This book takes place in the same town as a few other books the author has written, including books about Josh’s two older brothers. When characters were mentioned without much context, I had a hard time keeping tons of minor characters straight.

Additionally, I think the author tried to do a little too much with both Tessa and Josh’s characters. I liked the story line of Tessa being a recovering alcoholic and how that challenged Josh’s beliefs. Then, other random plots such as being soccer coaches together and Josh helping a boy make a soap box derby car seemed unnecessary within this book. On the other hand, I really appreciated how both Tessa and Josh were flawed characters who faced a lot of struggles throughout the novel. In this book I expected a lot of trope-y characters, but was pleasantly surprised by the two main characters.

I gave The Bachelor’s Sweetheart three out of five stars. 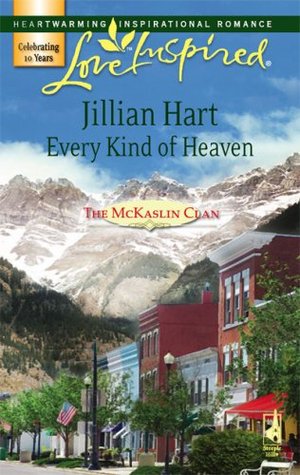 Every Kind of Heaven by Jillian Hart follows Ava McKaslin, an aspiring baker who always find herself in trouble. After Ava mistakes Brice Donovan’s, the town’s most eligible bachelor, as a groom propositioning her on his wedding day, she finds herself inexplicably drawn to him despite her no-dating policy.

I went into this book with high expectations since my sister is a really big fan of the McKaslin Clan series. In this book, I liked how the book read more as a companion. Even though I hadn’t read the earlier book in the series, I was able to keep track of all of the characters and their relationship to Ava. Additionally, I felt like this book contained a more cohesive plot line than the book I read previously, The Bachelor’s Sweetheart.

However, I did have some problems with this book. To me, Ava read as a very immature character. While it made it easier for me to relate to Ava than other characters in adult books, a lot of her actions screamed teenager which made me slightly annoyed with me her character. I also felt like this book didn’t explore issues as in depth as The Bachelor’s Sweetheart which made the characters feel more stereotypical and one-dimensional. For example, Ava even makes the statement that her love interest’s main flaw is that he doesn’t have one. Additionally, I wish the author explored Ava’s past more to see how her parent’s divorces and various mess-ups led to her lack of faith in herself and relationships. I think this would have made Ava a more dynamic and interesting character.

I gave Every Kind of Heaven three out of five stars.