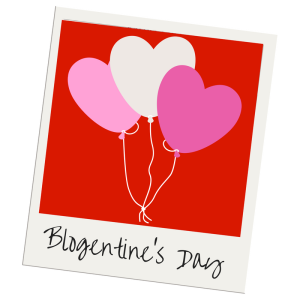 A Court of Thorns and Roses by Sarah J. Maas follows Feyre, a poor but skilled hunter, who kills a wolf in the forest that turns out to be a faerie. As a result, Feyre is dragged into the faerie world by its master and is forced to live in his court. When Feyre begins to develop feelings for her captor, she finds herself caught in a centuries long battle between faeries.

When I first tried to read A Court of Thorns and Roses, I DNF’d the book at around 40%. For me, there wasn’t really much going on in the story and there were other books that I wanted to read more at the time. Months later, I decided to pick up the book again after hearing amazing reviews for the second half of the first book and the second book in the series. I’m glad that I gave this series a second chance because although it isn’t my favorite series, there were a lot of aspects of this book that I really enjoyed.

My favorite part of this series would have to be the characters. Every character in this series from the main character, Feyre, to the Suriel (who only appears three times in the book) is fully developed. Readers have a chance to learn all of the backstories of characters in the novel. While this can be a tad overwhelming at times, especially when all of the courts are together, it helped me better understand the relationships between different characters and the motivations for their actions.

Another aspect that I really enjoyed in this book was the world building. As someone who doesn’t frequently read high fantasy stories, I appreciated that Maas gave a lot of background information on the faeries, the culture, and their relationship to the humans on the other side of the wall. Additionally, I really enjoyed the descriptions of all the different courts. I was able to picture all of the places in this book in my head which was helpful as someone who usually reads books set in the world where I live.

While I enjoyed many aspects of the books in this series, there were some aspects that I didn’t enjoy. Like I mentioned before, sometimes the pacing was a little slow. For me, this particularly happened at the beginning of both A Court of Thorns and Roses and A Court of Wings and Ruin. Also as I mentioned earlier, while I appreciated learning the backstories of characters, I wished that they were sometimes spaced out a little more so I wasn’t overloaded with information.

Some other problems that I had with this series also only specifically applies to book three. I felt like some of the more dramatic plot points (character deaths or injuries) were repeated from earlier books in the series which made them have less impact the second time around. Additionally, I wasn’t a huge fan of the large emphasis on magic in the third book. I think it made the third book a little less character-driven than the previous books. Additionally, just a personal preference, I find that I’m never really interested in series that conclude with a book mostly focused on war.

Another disclaimer to add, even though this book is typically classified as young adult, it does contain some graphic scenes that may make some young adult (or even older readers) feel uncomfortable. This book definitely features mature romantic relationships with content more seen in new adult or adult books. Additionally, there are many traumatic backstories that may trigger some readers. Since this book contains many ruthless characters in a world headed towards war, there are also many violent and graphic scenes included within this series.

Overall, A Court of Thorns and Roses is a fun series that takes a unique take on the Beauty and the Beast fairy tale. Since I really enjoyed the characters in this series, I can definitely see myself reading the continuation of this series which I believe will focus on some of the supporting characters. If I had to rate the books, I would give A Court of Mist and Fury five stars and the other two books in the series three stairs.