Bre is a fashion and lifestyle blogger at The Queen Bre. She is a girl from the North with a heart for Lilly Pulitzer, shopping and anything pink. She is also my twin sister.

Santa made a list, checked it twice, and put What Light by Jay Asher on the naughty list for its cliché plot and one-dimensional characters.

What Light follows Sierra, who feels like she leads two lives. For the majority of the year, Sierra lives in Oregon on her family’s tree farm. However, from Thanksgiving to Christmas Day, her family runs a Christmas tree lot in California. While Sierra usually tries to avoid any romance while in California due to the time restrictions and her dad’s warnings, all caution goes out the window when she meets Caleb, a boy with a troubled past and bad reputation. Yet, Sierra struggles what to make of their relationship with the threat of the Christmas tree lot closing for good.

Although the book’s inside cover suggests that the plot focuses on Sierra and her problems, the book actually focuses on Caleb all. of. the. time., which ultimately makes the book feel unbalanced. By focusing only on Caleb and their relationship, the novel fails to develop several other important plot points, most importantly, the fate of the Christmas tree lot. Second, as a result, the novel glosses over any conflict, which makes any conflict resolution feel unrealistic and rushed.

Additionally, the characters feel one-dimensional and underdeveloped, especially the secondary characters. Sierra’s best friends and family fit into a simple stereotypical mold, and serve no real purpose in the novel. Unfortunately, the main characters do not fare much better.

Sierra’s personality does not really develop any further after she meets Caleb. Her only purpose in novel comes from fighting all of Caleb’s battles for him, defending his character to her parents, and abandoning her friends to spend more time with him. She acts like she understands Caleb best of all, when in actuality, she’s only known him for a few weeks.

As for Caleb, I could not get into his character.He falls into the stereotypical ‘reformed bad boy’ trap that most YA male protagonists do. Additionally, we got it after the hundredth (okay, exaggeration) reference – the boy’s got dimples and likes peppermint hot chocolate.

Last, but not least, the writing felt forced and awkward. While Asher’s writing in Thirteen Reasons Why really drew me in and kept me interested until the very end, I cannot say that I had the same experience What Light. I actually cringed at some of the awkward dialogue between characters.

Although I got really excited when I heard Jay Asher wrote a new novel, and a Christmas novel at that, I felt so disappointed when I read What Light. I actually had to force myself to finish it. For that reason, I give the novel only 2 out of 5 stars.

What did you think of What Light by Jay Asher? 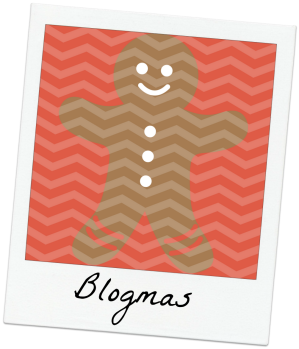 Bre is a fashion and lifestyle blogger at The Queen Bre. She is a girl from the North with a heart for Lilly Pulitzer, shopping, and anything pink. She is also my twin sister.

Once upon a time, I read one of the worst books that I’ve ever read.

Kill Me Softly by Sarah Cross follows 15-year-old Mirabelle, who runs away from home to her birthplace, Beau Rivage, one week before her sixteenth birthday. Years ago, her parents died in a fire at her christening, and Mirabelle feels determined to find their graves, so that she can get closure. However, in Beau Rivage, Mirabelle enters a new world hidden from the public eye, where everyone receives a fairytale curse that they will eventually re-enact in real life. Mirabelle struggles between following her destiny, or defying her fate, as a Sleeping Beauty curse in a world where not every story gets a happily-ever-after.

Although the plot on the inside cover of the novel peaked my interest, the actual story fell short and disappointed me. I absolutely love fairy tale retellings, and Kill Me Softly promised a mixture of my favorite fairy tales with a delightful twist. However, the plot dragged at times, and many aspects of the plot felt unrealistic, even in a book about fairy tales! For example, Mirabelle waltzes around a casino at her leisure, even though she is underage.

Additionally, some parts of the novel just felt a little silly, like the author consciously tried to make the novel more ‘PG-13 rated’ and scandalous, but ultimately failed, and it just came across as cringe-worthy. For instance, the characters play strip poker…but they wear crazy costumes and none of their clothes actually come off. The game just came across as awkward and not funny, especially since it served no actual purpose in the novel, except to make it feel more ‘scandalous’ for its intended audience of teenage girls.

I also highly disliked Mirabelle’s character. Considering that she is only fifteen-years-old, I could, under normal circumstances, forgive her for being selfish and stupid in love. However, her godmothers reveal that she had gifts bestowed on her at her christening, which include kindness and intellect. Mirabelle exhibits neither throughout the novel. She treats the ‘prince’ that will eventually save her life so terribly that he falls into a depression, lashes out at those who try to warn her about the villian, and stays with the said villan even after she knows that his curse could kill her.

First, Mirabelle falls in insta-love with Felix, who is a 21-year-old casino owner. Let me reiterate that. She is 15-years-old, and he is 21-years-old. The age difference alone disturbs me, but the author takes the inappropriateness even further. The characters sleep in the same bed, and even almost hook up. Mirabelle even buys lingerie to wear for him. Though Felix eventually turns into the villian of the novel, I hated how the novel made a relationship between a 15-year-old and a 21-year-old seem appropriate, and even exhilarating and fun. Considering the intended audience of the novel, I felt disappointed that the author chose to encourage a relationship like this.

I didn’t really like Mirabelle’s other love interest, Blue, much either. He just acted as the run-of-the-mill bad boy love interest to contrast with his brother, Felix. Sarcastic, not traditionally good looking, and somewhat annoying, I felt like I read his character a million times before in other young adult novels. Yawn.

I, however, felt most disappointed in the message that the novel sent to young readers. (Warning: Spoilers Ahead!)

The end of the novel reveals that Felix and Blue possess the Bluebeard curse, so if anyone enters their sacred room in the casino, then that person must die. When Mirabelle enters Felix’s room, he must kill her by kissing her. If the author stopped her, then maybe I could try to understand the author’s perspective, despite the age difference in the characters. However, the author takes the curse too far. Felix forcibly throws Mirabelle onto a bed, and she starts to lose consciousness. As he forcibly kisses her in her unconscious state, Mirabelle thinks, “It’s okay because he’s not touching me anywhere else” (not verbatim, but the general idea of the line). That thought took the curse too far for me, as it tells young, impressionable readers that it is okay for someone to forcefully kiss you when you’re unconscious, especially if he (or she) isn’t touching you anywhere else. What an incredibly disappointing way to discuss consent.

Overall, I would give Kill Me Softly 2 out of 5 stars. Although I liked the basic premise of the novel, the author executes it poorly.

Bre is a fashion and lifestyle blogger at The Queen Bre. She is a girl from the North with a heart for Lilly Pulitzer, shopping, and anything pink. She is also my twin sister.

To All My Favorite Authors—

Reading your books changed my life, and in the spirit of Thanksgiving, I want to thank you for all that you’ve done.

Thank you for giving me my best friends. They say that no matter how much time that you spend apart from your best friends, it will feel like nothing has changed when you get back together. That’s what I feel like when I open one of your books. Whether it’s been a few days or a few months or even a few years since I’ve your book, reading it again still makes me smile, laugh until I cry, or feel comforted.

Thank you for teaching me that I’m off to great places and that today is my day.

Thank you for giving me strong, female role models. Your books taught me that “I am smart, I am kind, I am important.” Katniss Everdeen taught me to fight for what’s right and to for what I believe in. Lola Nolan taught me to be myself, even if that means being different from everybody else. Mia Thermopolis taught me that anyone, even me, can be a princess.

Thank you for inspiring to write my own stories.

Thank you for helping me to travel our world and to enter new worlds. Whether I’m exploring Paris with Anna and St. Clair or fighting in the arena with Katniss and Peeta, your books take me to another time or place.

Thank you for challenging me to look at the world from someone else’s perspective.

Thank you for helping me choose my future career. My love for reading your books turned into a love for encouraging other people to read your books which turned into me graduating college with a degree in English and with a Secondary Education certification. I will teach your books to my students with the hope that they will take away as much from your books as I did.