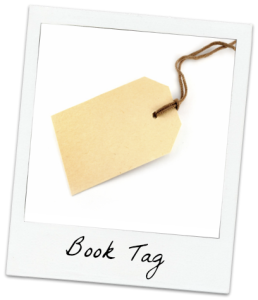 Thanks to Reg at She Latitude for tagging me!

I think Since You’ve Been Gone is perfect the way it is, but the bonus at the end of The Unexpected Everything made me want to revisit Emily and Frank. 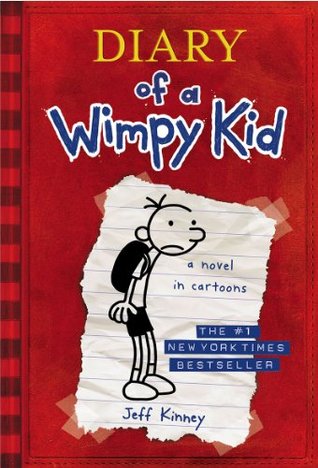 I would love to see a book from either Rowley or Rodrick’s point of view!

An Author who Should Totally Write More Books

Even though I was disappointed with Auggie and Me, I think R.J. Palacio is a great author and I’d be interested to read something else from her that takes place away from the Wonder world.

A Character who Should’ve Totally Ended up with Someone Else 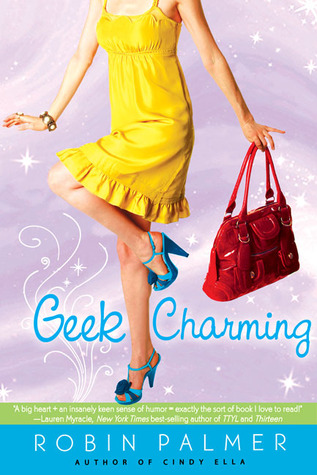 I was so disappointed at the end of this book! Disney definitely got it right in the movie version.

All that buildup for a disappointing conclusion.

Totally Should’ve Had a Movie Franchise

I’ve only read the first book in this series, but I think it would make a great movie! The whole time while I was reading, I pictured Brec Bassinger from Nickelodeon’s Bella and the Bulldogs as the main character.

Totally Should’ve Had a TV Show

I heard the movies were extremely disappointing, but after reading the first book, I can totally picture this series having a series on Netflix!

Totally Should’ve Only Had One Point of View

You know what I’m talking about.

Totally Should’ve Had a Cover Change

When I got this book out from the school library, I refused to read it at school because the cover seemed super awkward.

Sorry if you’ve already done this! 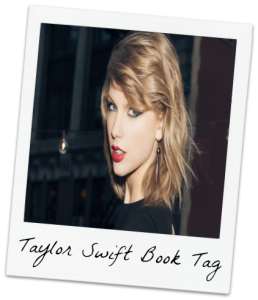 I remember reading Divergent in one day and being so excited for the release of Insurgent. By the time Allegiant came out, I pre-ordered the book, but became too preoccupied to read it. When the trailer for the movie came out and knowing there was a major spoiler, I decided to read the book before I heard the spoiler. I read Allegiant in one day and very few books have made me so mad. Check out my review here.

Even though Allegiant has a red cover, I first thought of Catching Fire when reading over this tag. I love Catching Fire because my favorite Hunger Games character, Finnick, was introduced in this book.

Whenever I think of myself reading as I child, I for some reason think of this book.

The Fifth Wave does have a love triangle, but one of the love interests definitely fits the forbidden category. The Fifth Wave isn’t my favorite book with forbidden love, but with the recent movie buzz, it is the first one that came to my mind.

No book, not even Allegiant which I read a long time after it came out, was spoiled for me. Usually, I’m the one who accidentally spoils a book or movie for someone else. Princess Mia goes from an awkward high school student to a leader of a country. Over the entire Princess Diaries, you get to see Mia become more confident and take control of her life.

I’m still anticipating this release! I love all of her books and I’m sure this one will be no exception.

I can’t choose one! I love Annabel Greene and Owen Armstrong from Just Listen because I feel like they compliment each other very well and bring out the best in each other. Lola and Cricket from Lola and the Boy Next door are also one of my favorites because I love how they accept each other’s quirks and always support each other.

I actually lost this book for a little while and I was so sad because I kept wanting to reread it. I actually bought a new copy (and found my old one). I’d still be scared to lend it out in case I would lose my other copy again!

Even though I pre-ordered a copy of this book, it’s taken me a long time to get around to reading it. My sister learned about the major spoiler in the book and even though I had my guesses, I still didn’t know how it ended until I actually read it. I rated this book four stars (get it?) on Goodreads because the book kept me hooked enough to read it through one sitting, but I’m not sure if I actually liked the book or if I just wanted to find out if my guesses were correct.

One aspect that I enjoyed in this book was learning more about minor characters and their motivations. In the previous books, I felt like a lot of minor characters were thrown at me and I wasn’t sure how to sort them in my head. Even though I haven’t read Insurgent in a long time, after reading several pages, I was able to understand the characters.

I also loved how Tris and Four fought. I think their arguments revealed who they were as people and I enjoyed that their arguments centered around what was important. It made them and their relationship seem very authentic.

There were also quite a few things that I didn’t like. One problem that I had with book was the villain character, David. I didn’t feel like you got to know him enough throughout the book and until the major plot point, you didn’t really have a reason to hate him except for his relationship to characters from the previous books. I wish there was more development of his character and didn’t really care for how his story line ended.

I also really didn’t care for the explanation of their world and I didn’t feel like they were as obsessed with it as all of the characters kept telling me. Maybe I was expecting more, but the whole idea of experiments and resetting didn’t wow me and there seemed to be too many plot holes to make the whole idea believable.

Another problem that I had with book, as well as several other books in this genre, are the unnecessary deaths. I know that it is war and no one is safe, but in these types of novels, it seems an overwhelming amount of characters are killed meaninglessly just to make the reader shocked. In this book specifically, I think it happens to much and sometimes doesn’t reflect how the character typically would respond in the situation.

My reaction after reading this book? I was angry. Very angry. And I still don’t understand why it ended the way it did, so I keep going back and forth on whether I liked it or not.  To me, the series never ends on a happy note. On one hand, I like this because it’s different than other books in the genre. On the other hand, I don’t like endings that make me the think everything leading up to the end was pointless, which this book did.

Even though I’m not entirely sure on my feelings of this book, I give it four out of five stars for keeping me interested and making me think.

Here are my answers to the Inside Out Book Tag and I tag anyone who is reading this!

Lola and Cricket are one of my favorite couples and whenever I’m looking for a book to make me happy, I reread this one!

I’m still mad about this.

These books make me equally sad. The Giving Tree makes me sad because it shows how we use and destroy those who love us unconditionally and don’t realize how much they mean to us until there’s no time left. I almost cry every time I read this book. Even though I don’t almost cry every time I read The Lorax, it makes me sad to see how our selfishness can destroy something beautiful.

I actually love this book, but reading about the horrors of war and how they affect innocent people disgusts me. It is difficult to stomach that humans could actually treat other people like garbage.

I’ve never actually read this book, but I just watched the movie on Lifetime, and it freaked me out that someone could come up with a story like this. This was also the only book cover I could find that didn’t creep me out.