Diary of an Awesome Friendly Kid wasn’t awful, but not as awesome as I expected. 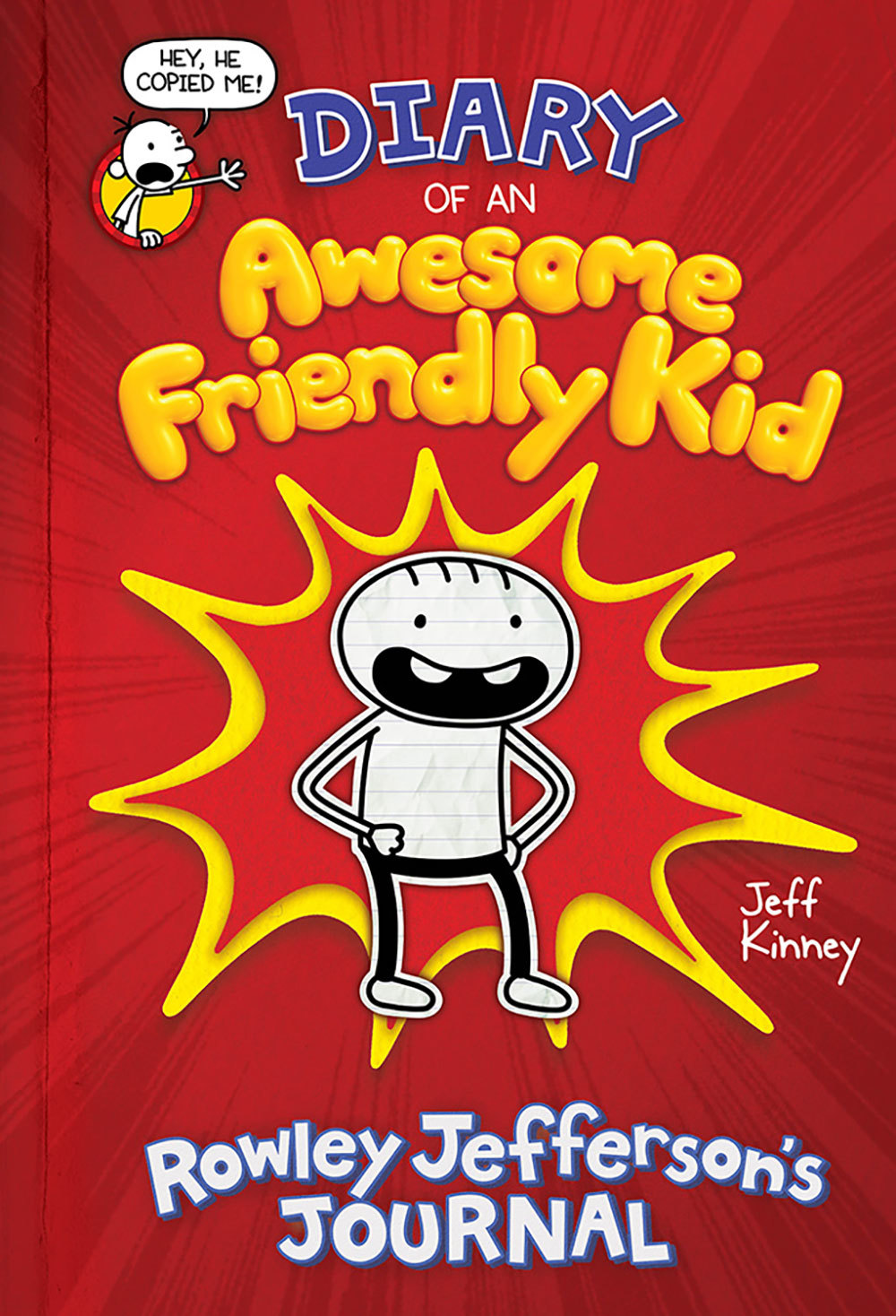 n-favorite character from Kinney’s Diary of a Wimpy Kid series. In this installment (and potential spin-off series?) Rowley takes the reins and writes primarily about the history of his friendship with Greg.

I believe that I have read the first Diary of a Wimpy Kid a few years ago, but I did not pick up any additional books in the series, although I do hope to continue the series. The Diary of a Wimpy Kid series is well-loved by the age range of students that I teach and I enjoy reading books that motivate my students to read. While I have not read all of the Diary of a Wimpy Kid books, I have seen three out of the four movies and greatly enjoyed them. I particularly enjoyed the character of Rowley because he remained unapologetically himself regardless of whether other people may label him as cool or not.

One criticism of the Diary of a Wimpy Kid series that I’ve heard is that the series rapidly goes downhill after the first couple of books. Additionally, I’ve heard many reviewers voice concerns over the main character in the series, Greg, specifically for his treatment of the main character in this book, Rowley. From reviews that I have read of this book, many readers were disappointed because they view this book as a take on Greg’s bullying, only from Rowley’s perspective (see Emily’s review on Goodreads). While I do think Rowley’s voice in this novel, I was disappointed, like many other readers, that this story mainly involved around Greg with a promise to focus more on Rowley in the next book in the series.

Let’s start with the positives. I think one positive aspect of this book in Rowley’s voice and character. Rowley stays very true to himself and the character presented in the original series. All of his choices seemed consistent with his character. While some may dismiss Rowley’s naive nature as unrealistic for a middle school student, I think it allows him to make some humorous observations of people and situations around him. Like I mentioned earlier, I enjoy that Rowley always stays true to himself and I think he serves as a great role model for younger readers.

As a result, it disappointed me that so much of this book focused on Greg instead of Rowley. In this book, Greg becomes annoyed that Rowley also keeps a diary. Greg insists that Rowley turn his diary into a biography about Greg to be published when he becomes rich and famous. As a result, the book in a disjointed mix of events surrounding Rowley and Greg’s friendship, and like many reviewers point out, Greg’s terrible treatment of Rowley. By the time Rowley takes back ownership of the diary, it is only a promise to focus more on himself in the next entry. If I wanted to learn more about Greg, I would have picked one of the numerous books published about him already. I think many readers will be disappointed by the focus on Greg because it is not consistent with the book’s marketing.

While there were a few laugh out loud scenes in this book (the studying part made me crack up!), I was disappointed that this book did not follow a clear end goal and focused mainly on Greg. I give this book three out of five stars.